Her Majesty’s Inspectorate of Constabulary & Fire & Rescue Services announced yesterday that it is placing three forces in ‘special measures’. These are The Metropolitan Force, Greater Manchester and Cleveland. Investigative journalism by Daily Mail has revealed that HMICFRS has already placed three police forces in special measures for underperformance and one of these is Wiltshire, the other two being Gloucestershire and Staffordshire.

It is with great sorrow that the death of Bill McGill is reported. Bill died on 21st June, 2022 in RUH, Bath.  His death, age 86, was due to a brain tumour and secondary cancers.

The funeral service will be held on 6th July, 2022 at 11.00am at St Andrew’s Church, St John’s Street, Devizes.  Family have requested no flower tributes but donation in Bill’s memory made to the Fire Fighters Charity will be very welcome.
.

Derek was not a WRFA member but many of our members served with him and attended to pay their last respects at his funeral.

On 18th May 2022 proposed new law is published that if enacted will require the owners and landlords of all high rise residential blocks and all buildings used as two or more flats to publish an emergency evacuation procedure and ensure residents are made aware of it. The fire plan will include guidance in how to call the fire & rescue service.
.

Patrick Gilliam-Hill died on 1st May 2022 at his house in West Lavington.  He passed away peacefully in his armchair with family members around him.  Patrick would have been 100 on 13th June.  Patrick served in the Royal Navy in World War 2 and after the war served in the Air Force Department Fire Service at RAF Lyneham.  Condolences have been expressed to his family.  The funeral was held at All Saints Church, West Lavington on Monday 6th June 2022.

Eric Pickles, former Secretary of State, was called to give evidence at the public inquiry investigating the Grenfell Tower fire disaster.  Mr Pickles headed the government department responsible for UK building regulations at the time of the disaster and therefore potentially had evidence of great value to the inquiry.  Mr Pickles showed irritation at the slow speed of his questioning and asked the barrister quizzing him to speed up because he had another meeting to attend.

This display of discourtesy and misjudgment of priorities appears to have made a bad impression on the inquiry.
. 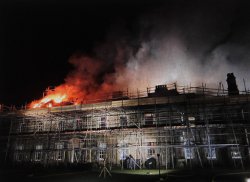 On the evening of 17th February, 2022 Dorset & Wiltshire Fire & Rescue Service was called to a serious fire at a large property in Westbrook, near Bromham. The first attendance from Calne and Melksham called for support and Fire Control mobilised 15 pumps, 1 aerial ladder platform and 3 water carriers.

The cause is still under investigation.
. 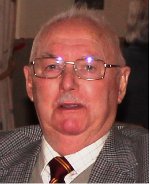 With great sadness it is announced that Tony Walker passed away on 16th February 2022. He has been a member of WRFA since December 2004. Tony served for 30 years as a firefighter at RAF Lyneham. He lived alone in Calne, his wife, Betty, having predeceased him.

The funeral was held on Friday 25th March 2022 at St Andrew’s Church, Heddington. 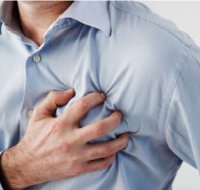 On 1st February 2022 WRFA member, Mike Pinnegar, experienced severe chest pain that was in fact a heart attack requiring admission to hospital urgently. Sue made two 999 calls but it took the ambulance service 8 hours to arrive at Mike’s home in Royal Wootton Bassett. The Dorset & Wiltshire Rapid Response Co-responder car based at the fire station half a mile from Mike’s house did not respond at all.

Mike was operated on to fit a stent and he was discharged from hospital after only a few days but he is still feeling unwell and trying to get help from his GP surgery. We wish Mike and Sue a better experience from the NHS

“The mobilising of co-responder units is the responsibility of South West Ambulance Service Control.” 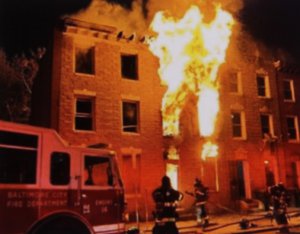 On 24th January the Baltimore Fire Department in USA lost three firefighters who were killed fighting a serious fire in a residential property block.  A fourth firefighter was critically injured and is in hospital.  One of the deceased is female.

A letter of condolence is being sent from WRFA to the Chief of Baltimore Fire Department.